Whatever it took to step out of their fathers’ long shadows, the Beatles’ sons have now risen. But will they come together (right now) and repeat that great journey across the universe? 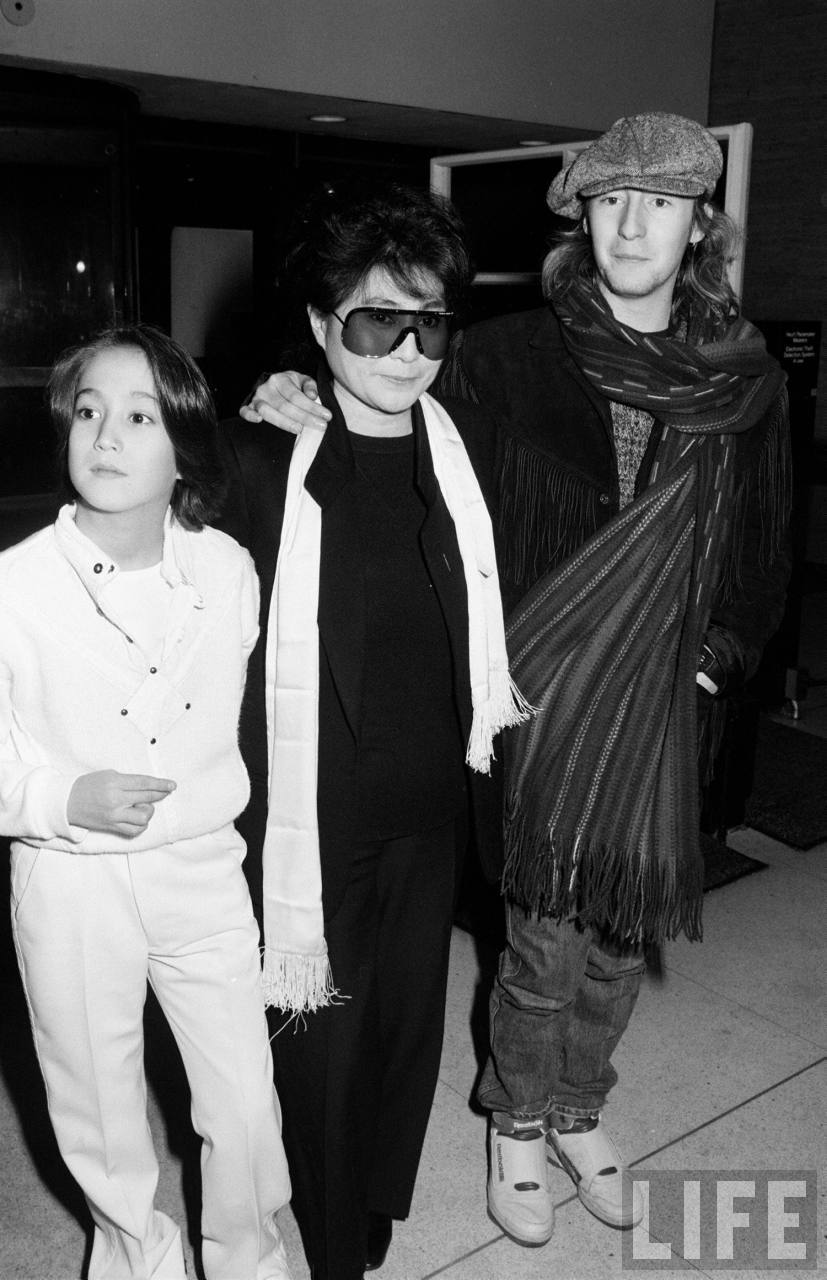 During the Beatles’ epic breakup in 1969, Julian Lennon was caught in a different crossfire. John Lennon’s son from his marriage to Cynthia Powell and the eldest of the Beatles progeny, John Charles Julian Lennon was born in 1963 just as the Fab Four poised to leap across the universe. His parents, high-school sweethearts, had married unceremoniously after Cynthia became pregnant. Wary of jeopardising the Beatles’ boy band image, manager Brian Epstein forced Lennon to keep his marriage quiet.

Beatlemania blew the Lennons apart. While Cynthia tolerated her husband’s extramarital dalliances, there was one she could not stave away.

“She was persistent and she didn’t give up,” Cynthia said of Japanese avant-garde musician Yoko Ono. Returning from a sojourn she found an unapologetic Lennon with Ono, who had “borrowed” her bathrobe.

Caught in the midst of his parents’ divorce, Julian shuttled between homes. It was clearly a period of inexorable sadness for young Julian, and one that scarred him permanently. Paul McCartney, possessed of avuncular tenderness, comforted the boy by singing “Hey Jules.” Renamed, the song entered the Beatles’ catalogue and became one of their greatest hits. Many years later, Lennon lauded “Hey Jude” as one of McCartney’s finest compositions, though all the while he had imagined that it was written for him and Ono. 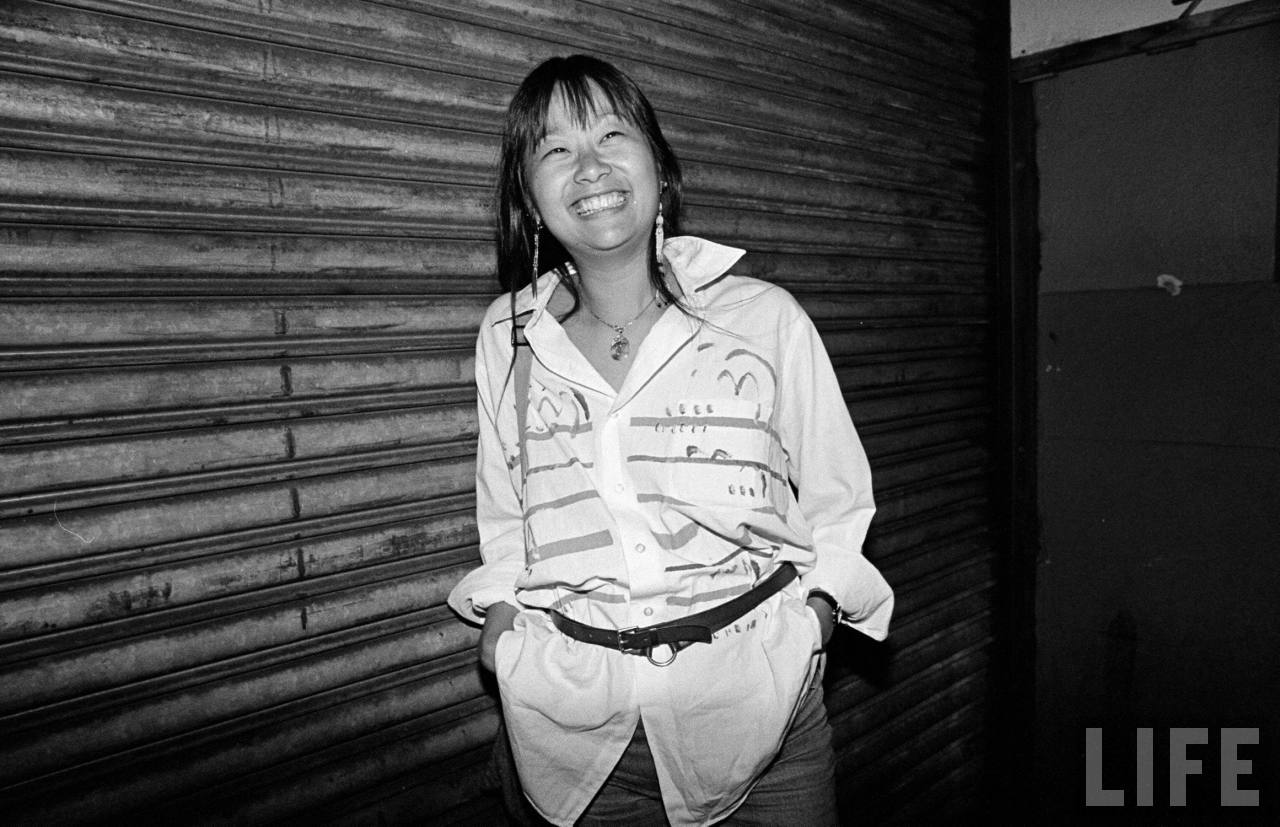 Lennon and Ono married in 1969 and their relationship became a scratching post for modernists of all stripes. The fab couple moved to New York in 1971, cutting Julian out of the family album. In 1973, John separated briefly from Ono and fell into an eventful 18-month relationship with her production coordinator May Pang; Lennon later described it as his “Lost Weekend”. Pang, who subsequently wrote two memoirs about this period of her life, encouraged John to reconnect with his estranged son, who then lived in England.

Eleven-year-old Julian spent Christmas with his father. They made music: the credit “starring Julian Lennon on drums and Dad on piano and vocals” appeared on Walls and Bridges (1974), notable for the only No 1 hit of Lennon’s solo career.

Things fell apart when Lennon and Ono reunited abruptly. And fruitfully, it would seem, for in 1975, Sean Taro Ono Lennon was born. This time Lennon overcompensated as father and house-husband, enjoying a near-permanent hiatus from music to lavish attention on his newborn son.

After Lennon was assassinated in 1980, Julian was effectively cast away from his dad’s estate. Sixteen years later he paid £55,000 at an auction for his father’s memorabilia, among which were the recording notes to “Hey Jude”. In 1984, Julian Lennon burst on the charts with Valotte. Nominated for a Best New Artist Grammy in 1985, the album produced two Top 10 hits and sold 1.5 million copies worldwide – the biggest success enjoyed by a next-generation Beatle. His next, The Secret Value of Daydreaming (1986), sold over 500,000 copies in the US.

Pressured to fill his father’s place in the world, Julian caved. When the next three albums sank he took to drugs and sought respite in sculpture, cooking and concert photography – the last starting with half-brother Sean’s 2007 tour.

Sean Lennon, who was five when his father died, grew up under his mother’s wing and with both hands in her fathomless pockets. Through childhood, he appeared on Ono’s albums and formed the band IMA to back her on Rising (1995). He starred in Michael Jackson’s Moonwalker video and co-wrote a song for Lenny Kravitz.

With Julian’s capricious career widen open before him as a “how not to” handbook, Sean ventured a careful choice of collaborations – first with the food-besotted pop band Cibo Matto, fronted by two Japanese women, and then with Adam Yauch of Beastie Boys, the punk band that owned the label Grand Royal Records. In 1998, the label released Sean’s Into the Sun. The album entered the US Top 200 but critics booed it out. He returned in 2006 with Friendly Fire which, a reviewer wrote, “fades away as it plays”.

Ghost of a Saber Tooth Tiger, his current project with precocious fashion model and longtime girlfriend Charlotte Kemp Muhl, engendered the eclectic album Acoustic Sessions in October 2010. In a throwback to his father’s experience, National Public Radio commented that Sean had “found his own voice — and the perfect songwriting partner — to produce his best work yet.”

Arguably the brightest spark born of Beatle loins is Zak Starkey, son of drummer Ringo Starr (real name Richard Starkey) and his first wife Maureen Cox (Ringo’s younger son Jason had a low-key musical career and several problems with the law). At eight, Zak found a mentor in godfather Keith Moon, the explosive and charismatic drummer of The Who (Moon died of an accidental drug overdose in 1978). After stints with the Icicle Works and his father’s All Starr Band, Starkey joined The Who on their Quadrophenia tour in 1996. Critics and bandmates hailed him as Moon’s worthy successor. In 2004, Starkey began working with Britpop heavyweights Oasis – his “most inspiring band”. After a four-year outing, which included work on studio albums Don’t Believe the Truth (2005) and Dig Out Your Soul (2007), Starkey returned to The Who and appeared with them as recently as 2010.

Now 45, Starkey has his tongue firmly in cheek whenever he comments on being a celebrity son. “I am not a rock‘n’roll star,” he once said. “I’m not famous… but I am a very successful musician.”

A measure of success also sought out Dhani Harrison, son of George Harrison and his Mexican second wife Olivia Arias. Named for the sixth and seventh notes of the Indian music scale, Dhani was born in 1978 before his parents were married (Harrison’s first wife Pattie Boyd later married Eric Clapton). Endowed with his father’s brooding brow and piercing dark eyes, Dhani played his first show with Harrison in Tokyo before 50,000 people. He also played a major part in his father’s posthumous album Brainwashed (2002), produced by Jeff Lynne, Harrison’s bandmate in the Traveling Wilburys.

After his father died of cancer in 2001 Dhani spent seven years tethering loose ends. “I don’t want to spend my whole career dealing with his work,” he remarked in an interview. “I want to go out and make my own stuff.”

In 2006, he joined Bob Dylan’s son Jakob to record John Lennon’s “Gimme Some Truth” for a tribute album. He also performed on two Traveling Wilburys tracks (credited as Ayrton Wilbury). Later that year, he started an indie rock band Thenewno2, with whom he released a debut album You Are Here (2009). Though the band has not met with chart success, it struck a deal with American video-game manufacturer Harmonix to include two songs on the wildly popular game The Beatles: Rock Band and another on its sequel.

In 2010, Dhani teamed up with singer-songwriters Ben Harper and Joseph Arthur for a side project called Fistful of Mercy. While none of the Beatles’ biological daughters (McCartney has three and Ringo one) took to music, the last son to crack his musical eggshell was James McCartney. Though he appeared on two of his father’s solo albums and his mother’s posthumous album Wide Prairie (Linda McCartney died of cancer in 1998), his musical career began effectively in 2010 when he previewed material from his EP Available Light, which released in September. Included is a warm-hearted cover of Neil Young’s “Old Man”, in which the young McCartney sings: “Old man, look at my life, I’m a lot like you were.”

Perhaps Julian Lennon should have heeded the wisdom in those lines. Or perhaps he has eventually, for Everything Changes, his first studio album since Photograph Smile (1998), was released in 2013.

Whatever it took to step out of their fathers’ long shadows, the Beatle sons have now risen. But will they ever break our hearts by coming together and playing on the same stage? 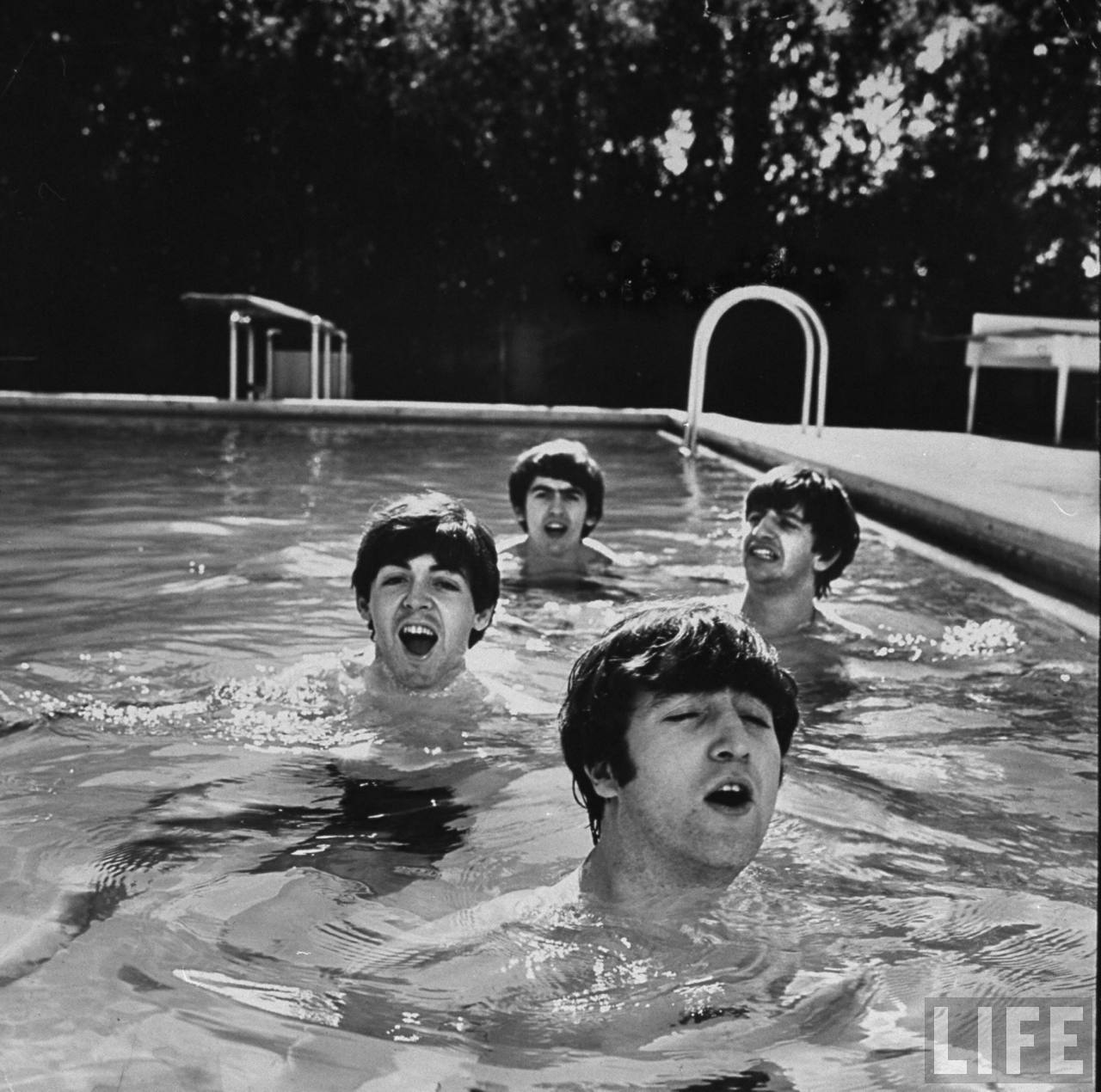 First published in M magazine, July 2011 with a different set of photographs

Images from the LIFE photo archive hosted by Google and Flickr

4 thoughts on “The Beatles Gen Next – Here come the sons”